The Pennsylvania Interscholastic Athletic Association, Inc. (PIAA) is a non-profit corporation and a voluntary membership organization. The members of PIAA consist of almost all of the public junior high/middle and senior high schools, some of the Charter and Private junior high/middle Schools, and many of the Charter and Private senior high Schools in the Commonwealth of Pennsylvania. Generally stated, the function of PIAA is to develop and enforce rules regulating interscholastic athletic competition, which are authorized or adopted by the member schools.

PIAA was formed in Pittsburgh on December 29, 1913, by a group of high school Principals who wanted to eliminate abuses, establish uniform rules, and place interscholastic athletics in the overall context of secondary education. The purposes of PIAA, as set forth in ARTICLE II of its Constitution, are to:

PIAA believes that a system that best serves the student-athlete emphasizes the amateur, educational, and character-building aspects of high school sports and recognizes that athletics is not the driving force. Students are in school primarily to obtain an education.

PIAA is divided for administrative purposes into 12 geographic districts, each of which has a District Committee elected by the member schools within the PIAA district. Each District Committee elects a chairman, who becomes the district's representative on the Board of Directors, the statewide governing body of the organization. 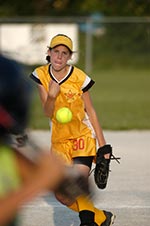 As with the Board of Directors, nearly all members of the District Committees are experienced professional educators with background and experience in dealing with high school athletics.

Schools become members of PIAA by applying for membership to the District Committee. The application must be signed by the school Principal and must be accompanied by a resolution of approval executed on behalf of the School Board or the Board having jurisdiction over the school stating that in all matters pertaining to interscholastic athletic activities, the school shall be governed by the Constitution, By-Laws, Policies and Procedures, and Rules and Regulations of PIAA.

The Principal of each member school is responsible to PIAA in all matters pertaining to the interscholastic athletic relations of the Principal's school. PIAA deals with individual Coaches, students, and their parents through its member schools.

The four major areas in which PIAA currently operates are:

All of this is accomplished without any federal or state funds. PIAA's principle source of revenue is the sale of tickets to its Inter-District Championship Contests. Operating these Inter-District Championship Contests is also PIAA's largest expense. Junior high/middle schools pay annual dues of $250; senior high schools pay annual dues ranging from a low of $475 to a high of $625, based on school size. Those dues constitute approximately 10% of PIAA's gross revenue, and are paid by many of the schools from their athletic budgets, which come from ticket sales to their own Regular Season Contests. Gate receipts enable PIAA to operate without taxpayer financing.

In addition to these specific categories of operations, PIAA also provides numerous services to its members on a day-to-day basis through its headquarters near Mechanicsburg, Cumberland County.

On a national comparative basis, PIAA has a small staff for such a large state. The organization operates with a full-time staff of 15 and approximately 200 volunteers. Most of those volunteers are professional educators in Pennsylvania schools. Without substantial volunteer assistance from people concerned about student-athletes and their experiences, PIAA could not operate as it does.